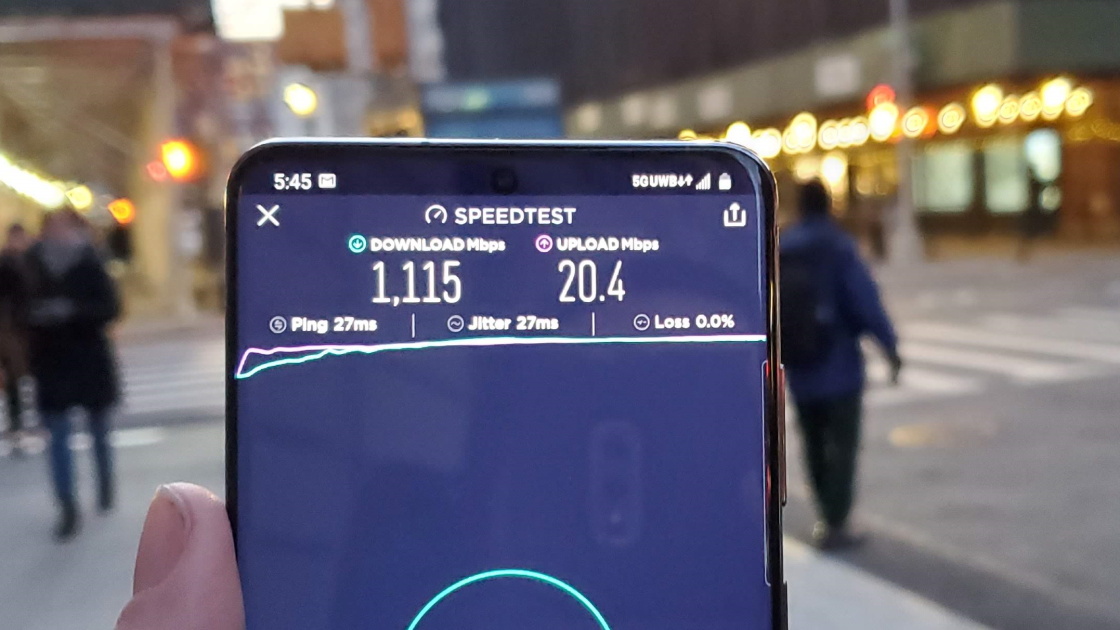 5G is now “nationwide.” AT&T, T-Mobile, and Verizon are all advertising 5G as faster, stronger, and better—and you need a 5G phone to get on board. The reality of US 5G networks isn’t as thrilling as the ads portray. AT&T’s and Verizon’s nationwide networks are slow, Verizon’s good network is hard to find, and while T-Mobile’s mid-band network is growing, it’s still very much a work in progress.

That will change over the next two years, though. The carriers recently spent more than $80 billion on new frequencies known as the C-band. Verizon plans to cover more than 100 million people with C-band by next March. AT&T says it will cover 75 million people by the end of 2022. And T-Mobile keeps chugging along with its mid-band buildout.

The first official C-band phones are the iPhone 12, the Samsung Galaxy S21 series, the Google Pixel 5 and LG Wing, and the OnePlus 9 series. But the floodgates are open; Verizon said that it will require C-band on upcoming 5G phones from here on out.

In this roundup, we’ve picked out our favorite 5G phones from the year so far. In general, though, you should expect to get 5G with any new flagship or near-flagship phone being bought in 2021.

Understanding the Current State of 5G in the US

The 5G situation in the US is very confusing right now, but there’s one way to understand things clearly. For 5G to be much faster than 4G, it needs to run on wider channels. Think of them as broader lanes on the information superhighway.

Without those channels, 5G still helps carriers by increasing their capacity to serve more users with bigger service plans, as we saw in tests in Canada. But if you want performance, you need those wider channels.

Right now, of the heavily promoted forms of US 5G, only T-Mobile’s mid-band network and Verizon’s “UW” high-band network offer wider channels. The other forms of 5G in the US are reusing 4G channel sizes, which give them very 4G-like performance.

T-Mobile and AT&T both have very small amounts of high-band coverage that use larger channels, but they don’t heavily promote them and haven’t looked like they’ve been expanding them much.

Strike Up the Bands

We’re holding out hope for the C-band and for T-Mobile’s expansion in 2021. If you’re with T-Mobile, pretty much any current phone will support its 5G improvements throughout 2021. On Verizon and AT&T, you’ll get the best upcoming 5G speeds and coverage from phones that support C-band, but for now 4G will play the strongest part in your coverage and performance. We’ll keep you updated with all the latest changes.