Huawei is well known for communication and mobile technology but the company is also a global powerhouse when it comes to solar inverter technology. Building a decades of experience in large scale commercial and utility solar, Huawei jumped into the residential market in 2018 with an efficient, lightweight hybrid solar inverter that offered an impressive range of features at a very competitive price. Now two years later, Huawei released the second generation residential hybrid inverter, the FusionSolar, along with a range of 3-phase hybrid and large commercial inverters with advanced capabilities.

Huawei, pronounced “hua way’ is a Chinese communications and technology company known largely for it’s mobile phones and recently became the world’s second largest mobile manufacturer behind Samsung. Having grown rapidly since 2013, Huawei now has over 190,000 employees in 170 countries. However, the company’s research and development capability is staggering with close to 90,000 employees, or almost half the workforce dedicated to R&D.

In regards to Solar, Huawei was mostly unknown outside Asia as they mainly focused on the Chinese and wider Asian commercial and utility scale market in addition to the larger scale European and North American markets. Interestingly they only build string solar inverters, not central inverters, and believe string technology is superior which is becoming the industry trend due to improved monitoring and less costly maintenance.

The second generation residential string solar inverter was released in April 2020, only 2 years after the first version. The new SUN2000-L1 series ranges from 2kW to 6kW and features ‘dual MPPT’s’ with a wide operating voltage range of 120V to 600V. Like the first generation inverter, the new SUN2000-L1 series, also known as FusionSolar, is a battery ready inverter compatible with the popular LG Chem battery, and now the new Huawei battery system – the LUNA2000 – see full details below. Although it’s worth noting with the LG battery connected the upper voltage is reduced to 495V which limits string lengths to 11-12 panels. This is coincidentally the direct opposite problem facing the main competitor SolarEdge, where the optimised systems have several issues with shorter strings below 7 panels. In comparison the SUN2000L inverters allow very short strings of 4 panels along with the flexibility to function with or without optimisers (more about optimisers below). Oversizing PV is also rated to a modest 1.33 inverter rating depending on panel configuration.

On top the respectable specs is the compact, lightweight, design featuring natural convention cooling via the large rear heat sink, meaning no cooling fans. There is no display screen, having only 3 LED indicators and setup and configuration is via a new, easier to use, mobile App. The new inverters also feature an integrated DC isolator which is certified to Australian standards, but of course the big ticket winners are the optimisation and plug and play battery capability as explained in more detail below 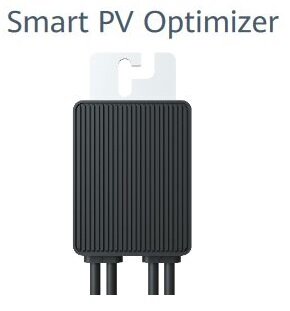 A stand out feature of the SUN2000L inverter range is the ability to function as a standard stand-alone string inverter, with partial optimisers or with full panel optimisation. This is something no other inverter manufacture has managed to deliver and since solar installers like more flexibility when installing systems this gives Huawei a big advantage. Optimisers can be used without any additional components. The gen-1 inverters required the add-on unit called the ‘smart PV safety box’, but fortunately this is no longer required.

Optimisers also known as MLPE (module level power optimisation) have been available for many years from other manufacturers like SolarEdge and Tigo energy, however the Huawei smart PV optimisers ability to be partially deployed on only panels which suffer shading is something that previously only Tigo optimisers offered.

Much like micro inverters optimisers offer a wide range of benefits over standard string inverters. Below are some common solar performance problems optimisers help overcome in addition to the fault detection and monitoring.

The new inverters are compatible with the next-gen, more powerful optimisers from Huawei. The SUN2000-450W-P optimisers feature a max input power rating of 450W, a max input current of 13A, and a wide voltage range from 8V to 80V. This means very short strings of 4 panels can be used with full optimisation, something I’m interested in as it gives impressive flexibility in designing systems with shading issues. Huawei use the ‘Powerline’ style communication system which transmits data via the DC cables connected to the panels. 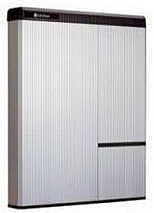 The Huawei FusionSolar inverters have a built in ‘high voltage’ DC coupling battery interface which is compatible with the popular LG chem RESUH batteries, plus the new LUNA2000 battery system from Huawei. The high voltage batteries from LG are a good quality, cost effective battery solution which have the ability to be expanded with two 9.2kWh modules to create a total of 19.2kWh storage capacity. The inverter is a true plug and play hybrid inverter with no additional combiner boxes required to function with the LG battery.

Note: When connecting a LG chem battery the maximum DC input voltage of the inverter is reduced from 600V to 495V. This means the maximum solar array size and string length will also be reduced depending on the type of panels installed. Considering the common practice of oversizing solar to ensure the battery is charged, especially during winter, this may be problematic.

Huawei recently announced the new, in-house developed energy storage system (ESS) to suit the new single-phase and 3-phase FusionSolar hybrid inverters. The high-voltage, modular battery system is made up of 5kWh units using Lithium- Iron Phosphaste (LiFePO4) cells and can be stacked to offer up 30kWh of storage capacity with 2 ESS units in parallel.

After nearly two years the backup-box is finally here. The optional backup-box works with either the LG Chem HV or new Huawei battery and features a 5kW backup power rating which is more than enough for essential loads. 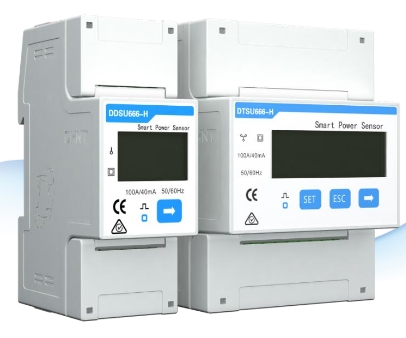 To use the battery function, like all hybrid inverters an additional ‘energy meter’ is required to monitor energy flow to and from the grid and household circuits. This is available with CT clamp meters for both single and three phase systems. See energy meter spec’s. 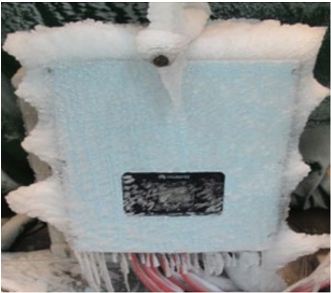 Quality and reliability is the most important criteria in the world of solar, especially with several inverter companies either having recalls or multiple failures. We are yet to test the Huawei inverter in the harsh Australian summer/s but from the outset it seems Huawei have done some serious engineering to ensure this inverter will go the distance.

The overall build quality looks good with well built weather rated connectors but more importantly Huawei have done some extremely rigorous testing of their own at the Huawei global compliance and testing centre, carrying out some of the most extreme tests I have ever heard of including hitting the inverter with lightening! Yes that’s correct, they attached the inverter to a steel pole and shot a rocket with a cable into a thunderstorm to induce a lightening strike… Impressive and in some ways just insane! Apparently it was still functional afterwards so they blew it up with an explosive test as well. Seriously, but it wasn’t clear if it was still functional.

The lightening test being conducted

The Huawei EMC lab and testing facility is recognised by several leading international testing verification organisations including TUV, UL and FCC. They perform many extreme durability tests including thermal cycling, extreme humidity, salt-mist corrosion and even submerge the inverters underwater.

Much like in North America and Europe, Huawei are now well established in Australia with around 700 employees based in various service, sales and distribution centres in most capital cities. Huawei are keen to engage with the solar community and have already setup a training centre in Sydney along with a research and development centre in Melbourne.

The new SUN2000 inverter series comes with a standard 10 year warranty which is backed by a claims response time which Huawei are reporting will be less than 3 working days. See the Huawei online service portal here.

The 29.9kW commercial inverter sized for the Aussie market 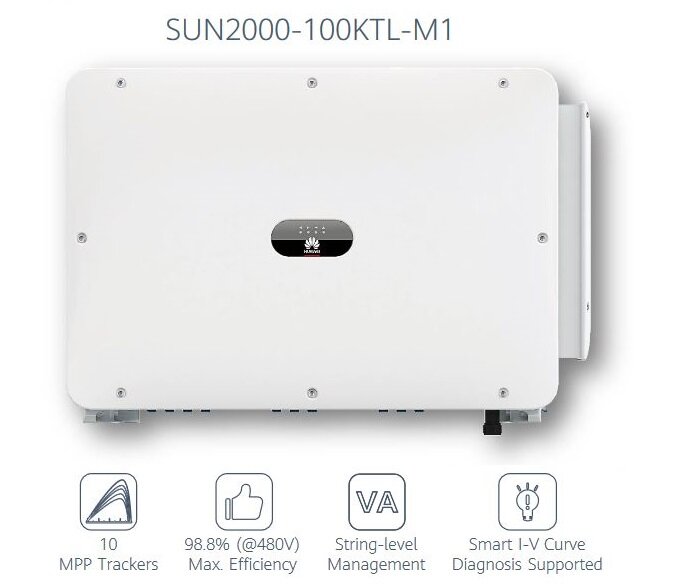 Huawei have also developed some extremely sophisticated monitoring and tracking capabilities into the larger commercial inverters with powerline communication and smart I-V curve diagnosis. This is something that would normally require expensive equipment and testing so having this I-V power curve analysis built in is a huge plus.

Another advanced feature is the integrated or optional PID (potential induced degradation) recovery system which is claimed to reduce the PID effect by up to 75%. This is an impressive feature and something large scale installers will be more than happy to see with many having suffered PID issues in the past causing all sorts of problems.

The new FusionSolar cloud based monitoring portal is much better than the previous NetEco portal and offers an easy to read interface and many advanced monitoring and data logging features.

The new FusionHome mobile app is also more intuitive and used for both inverter setup and direct connection and monitoring via a local wifi.

The next-gen Huawei SUN2000L1 inverters are an impressive piece of engineering which appear to be a great option for those wanting a flexible ‘battery ready’ grid-tie system. In regards to battery storage, the new Huawei LUNA2000 battery system and add-on backup box seems to tick all the boxes and may become a strong competitor in the rapidly growing storage market.

The current SUN2000L hybrid inverters have had good feedback and shown they can perform well, even in the harsh Australian conditions. With an impressive list of new models, local support, new software and smart ‘load’ control capability, Huawei look to set give some of the well established inverter manufacturers like Fronius, SMA and SolarEdge a run for their money.

On the commercial side the Huawei range of inverters offer some amazing functionality not offered by many other leading inverter manufacturers. With a solid track record in larger scale systems Huawei may become a bigger player not only in Australia but in Europe and North America as well.