Column: Would you write a 5-star Amazon review in return for a $20 bribe? 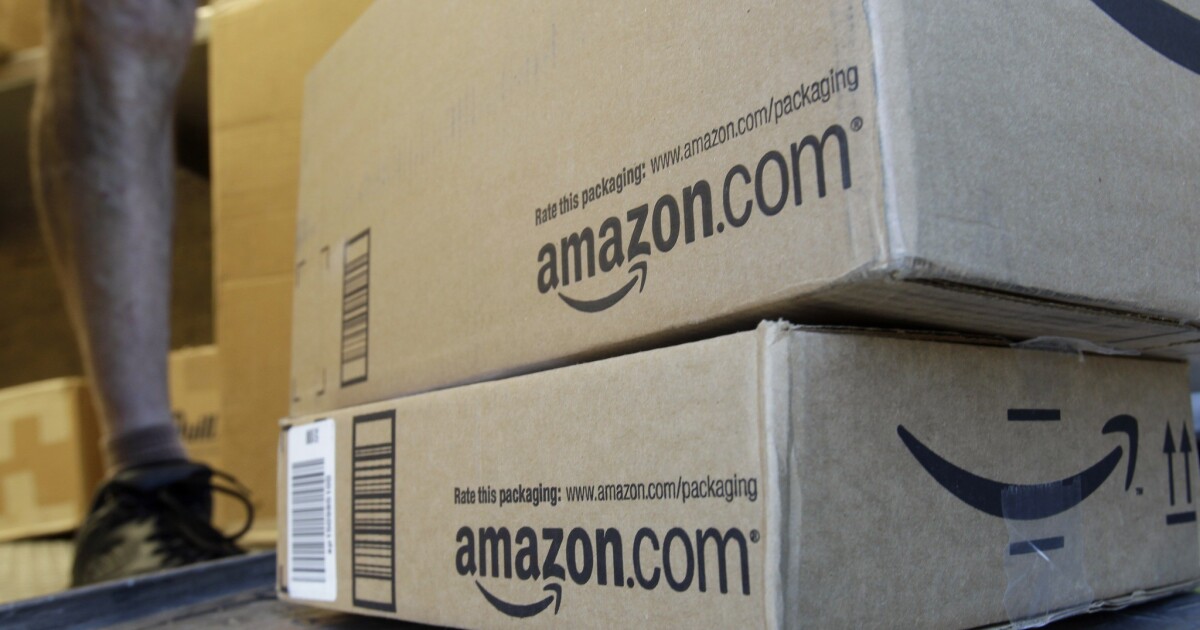 Amazon is very clear about the product reviews on its site — they’re not allowed to be rigged or bogus.

But that doesn’t stop some merchants from trying.

A wall stud finder, for those who may not be do-it-yourselfers, is a hand-held electronic device that can detect studs, or vertical beams, hidden beneath the drywall. It’s handy if you’re hanging something heavy, such as a TV.

The $21.99 stud finder Shutman purchased, from a Chinese company called Homder, was accompanied by what appears at first glance to be a $20 Amazon gift card.

The card is in fact a blatant bribe for a stellar review.

While the front of the card features the Amazon logo and presents itself as a $20 “amazon.com gift card,” the back tells a different story.

It says that to receive either an actual $20 gift card or a $20 PayPal payment, the customer must “write a positive 5 STARS product review,” and email a link to the review to a Hotmail address.

“IMPORTANT NOTE,” the card declares. “Please do not tale or post images about this rebate activity in your review content, otherwise it is invalid.”

I take “tale” in that sentence to mean you shouldn’t mention that your palm was secretly greased to write a glowing review.

Good reviews are a key component of product rankings on Amazon, which means sellers have a powerful incentive to generate the best reviews possible — either through customer satisfaction or more dubious methods.

“Amazon reviews are very susceptible to manipulation and bias,” said Russell Winer, a marketing professor at New York University. “This is particularly true for non-Amazon products sold by third parties.”

He estimated that up to 60% of such reviews “are fake or somehow influenced.”

It won’t be a news flash to anyone that a significant percentage of online reviews are untrustworthy. For as long as reviews have been posted on websites, there have been attempts by consumers and businesses to game the system.

Nor will anyone be shocked to learn that a behemoth like Amazon has a hard time policing its own site. The company has been scrambling for years to battle both dubious reviews and counterfeit goods.

But marketing experts say the gift-card ploy experienced by Shutman is particularly shameless, in effect paying off an actual customer to write a glowing review and thus making it almost impossible for Amazon to challenge the post.

Merchants know that reviews can make or break a product sold online, said Dina Mayzlin, a marketing professor at USC.

“The incentives are high for people to cheat,” she said.

Shutman said he was surprised to find what seemed to be an Amazon gift card when he opened his box. “It looks pretty authentic,” he said.

A closer inspection, however, revealed what was really happening — he was being tempted with a payoff for a five-star review.

Shutman is no stranger to this world. He told me he writes code for e-commerce sites. And that’s why he wanted to share his experience with others: to make sure everyone is aware of the danger.

“If companies are now paying for good reviews,” he said, “that’s reason to be wary of all reviews.”

Homder’s website says the company is based in Shenzhen, China. I sent an email asking about the gift card. No response.

Amazon’s site says the stud finder was sold by HLG-US Store. I sent them an email via Amazon. No response.

As for Amazon, the company is clear about its review policy — no sneaky stuff.

“You can submit reviews for items listed on Amazon,” the site says. “We encourage you to share your opinions, both favorable and unfavorable.”

But it stresses: “We have a zero tolerance policy for any review designed to mislead or manipulate customers…. We don’t allow anyone to write reviews as a form of promotion.”

Among reviews that Amazon says it doesn’t allow and will remove are those “in exchange for monetary reward.”

I sent Amazon details of Shutman’s experience as well as photos of the “gift card.”

In response, a company spokesman told me it investigated at least two sellers and took “appropriate actions.”

“We have clear policies for both reviewers and selling partners that prohibit abuse of our community features, and we suspend, ban and take legal action against those who violate these policies,” the spokesman said, requesting that his name be withheld, which is how spokespeople for tech companies typically like to be quoted.

While I have no doubt Amazon is sincere when it says it takes these sorts of things seriously, the reality is that fake reviews can be very hard to catch.

If a company is offering payments on the sly to actual customers, how can Amazon know that a five-star review isn’t on the up and up?

Shutman acknowledged that he was pleased with the company’s product. Even without a bribe, he said, he would have been willing to give the stud finder 4 ½ stars.

Of the more than 340 customer ratings for the product on Amazon’s site as of Monday, 78% were five-star reviews.

Maybe that reflects an overall high level of customer satisfaction. Or maybe it represents a whole bunch of $20 payoffs.

And that raises another point: Will people who post gushing reviews actually receive their $20 bribes? Shutman, for one, has his doubts.

Fair point. The cynic in me says it’s entirely possible whoever’s behind this might renege on the offer after giving a customer the run-around, all the while basking in the glow of that five-star review.

On the other hand, practically giving away some of your inventory might be a small price to pay for coming in atop Amazon’s search rankings, thanks to juiced-up reviews. Those $20 payoffs could be seen as a shrewd investment.

Experts say it would be an overreaction to dismiss all online reviews as dishonest. But they do advise that you:

“While some online reviews are certainly gamed, most are pretty trustworthy,” said Jonah Berger, an associate professor of marketing at the University of Pennsylvania.

But he noted that incidents like what happened to Shutman “certainly undermine people’s trust in the system more generally.”