Samsung vs LG TV: which TV brand is better? 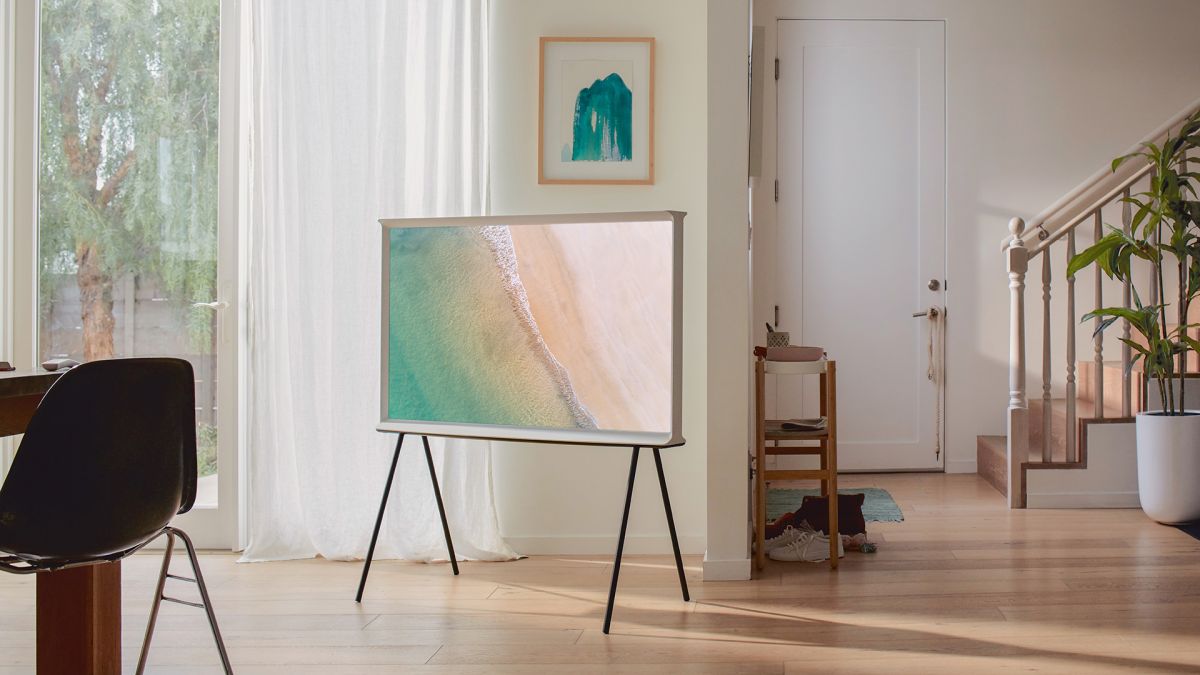 Do you need to pick between Samsung and LG TVs? If you can’t work out which TV brand is best for you, we’ve got the expertise to help you make the right choice to suit your needs, budget, and – most importantly – your tastes.

Each year there’s a new round of smart TVs released to the market. With each new version, you can expect better visuals, bigger panels and overhauled processors that would make a great new TV for your home. But when it comes to LG vs Samsung TVs (two of the best TV makers around), which one should you choose?

We all know that most televisions look largely the same at first glance. Sure, some are likely to be larger or thinner than others. What’s more, both LG and Samsung have experimented with new form factors over the years for their high-end sets.

However, at the end of the day, you’re buying a rectangle, and sometimes it can be hard to figure out what really makes one different or better than another.

What sets Samsung and LG apart is their scale: they rank as the biggest sellers of televisions worldwide, making them a likely bet for anyone buying a new screen for their home.

So if you want a TV from one of the biggest TV brands out there, this Samsung vs LG TV guide should help you make an informed decision about which one is right for you.

Samsung and LG are two large-scale manufacturers that sell smart TVs for both high and low price points, though with somewhat different panel technologies for their high-end sets.

Both are South Korean manufacturers that sell televisions globally, with large presences in both the UK and US – unlike Panasonic or Philips, who don’t have licenses in North America – with a large install base and broad range of televisions launched each year.

It’s hard to compare pricing, given how many sets Samsung and LG both launch each year, running from 32-inch LEDs and budget 4K TVs to super-sized 8K sets that run you thousands of dollars / pounds. Whatever size, shape, resolution or budget you’re looking for, either will have you covered.

Samsung and LG are also fighting over territory in the highly competitive smartphone market: both manufacture Android phones, though we won’t be comparing their handsets in this particular guide.

Both Samsung and LG use their own proprietary smart TV platform, and each has their own personal flavor.

LG has been leading with webOS – a minimal, stripped back smart TV interface – since 2014. It uses a horizontal menu bar for commonly used apps, streaming services, and inputs, with customizable placement so you can pick and choose where your favorite apps sit on the dashboard. The latest webOS 4.5 software also brings in secondary menus that appear when hovering over an app icon.

Samsung’s Tizen platform doesn’t differ hugely in its layout (you could say it was influenced by the former), though doesn’t have as impressive a search algorithm as LG’s ThinQ AI software.

But what of voice assistants? LG’s OLED and Super UHD sets come with Google Assistant built in, and some limited compatibility with Alexa-controlled devices. Samsung uses its own (somewhat worse) first-party Bixby assistant, though again only for mid-range or premium sets – and with the option to use Google Assistant or Alexa through third-party devices.

OLED, which stands for ‘organic light emitting diode’, is a kind of TV panel that can emit its own light, instead of having light shone through it. This enables brilliantly thin TV displays, and the ability to control the brightness of individual pixels. OLEDs are known for their vibrant colors, deep black levels, and overall low brightness.

There’s often talk of ‘burn in’ images on OLED screens, but much of this is anecdotal and you’d probably need to be working the set very hard for this to become a problem.

All OLED panels are manufactured by LG Display, so even if you’ve got a Sony OLED in your home, you have LG to thank.

QLED, on the other hand, is a proprietary technology developed by Samsung. QLED uses a filter of quantum dots to enhance color and contrast, and make do with a number of dimming zones to vary brightness across the screen – rather than being able to do so with each pixel individually. QLED TVs are also a lot brighter than OLEDs (thousands of nits versus hundreds) though can struggle to show both light and dark images as effectively at the same time as a result.

We’ve gone into this debate in more detail in our QLED vs OLED guide, though for now it’ll be enough to say that OLED is generally suited to high-quality video formats in dark viewing environments, while Samsung’s sets lag on contrast (comparatively) but make up for it with a bright and impactful display.

Both technologies are improving all the time, too. While some complain about OLED’s dim output compared to QLEDs, LG’s new light sensor feature is set to calibrate brightness and picture settings in response to the level of ambient light in the room. Samsung upped its game in 2019 with its new Ultra Viewing Angle technology too.

Both back a slightly different format for high dynamic range (HDR), with LG packing Dolby Vision into its premium range of OLEDs and Super UHDs, while Samsung favors HDR10+ for its premium TVs.

Both formats use what’s called dynamic metadata to tailor the output of the television to the content being displayed, so scenes of dark underground caverns or well-lit drawing rooms vary the levels of brightness, contrast, and picture processing accordingly.

Dolby Vision is really the more advanced format, with 12-bit color gamut instead of the 10-bit HDR10+, and is also more commonly found. (While there are a number of HDR10+ shows on Amazon Prime, you won’t find it on Netflix, Chromecast Ultra, or Apple TV 4K.)

Admittedly, preferred HDR format is only really a concern at the higher end of the price range, but those spending big should think carefully about which services they’re likely to want HDR content on.

it’s also worth mentioning that Panasonic has no loyalty to one HDR format or the other, and even the affordable Panasonic GX800 LED TV supports both Dolby Vision and HDR10+.

Samsung vs LG TV: which should you choose?

It’s certainly a difficult time for both TV manufacturers. LG’s newest OLED production line has been hit with delays throughout early 2020, while Samsung is still reeling from a drop in smartphone sales and TV demand last year.

Samsung is still the market leader, and could entrench that position with plans for its own QD-OLED (quantum dot-OLED) hybrid to take on LG’s OLED tech – even if unstable finances has delayed those plans for now. On the flip side, LG’s introduction of 48-inch panel sizes for OLED TVs could eat into Samsung’s share of mid-range televisions when they launch this year.

The takeaway here is that, regardless of either company’s financial health, both are focusing on their current display technologies, and aren’t going to suddenly stop supporting any of the new TVs they’re currently bringing to market. So which set you pick should really just be down to what you want in your living room.

If you want a bright, dazzling screen to light up your home – or affordable options like the RU7470 or RU8000 – Samsung is your best bet. Although you could also try the LG B9 OLED TV, which is a solid purchase.

If you really want the most impressive picture quality out there, regardless of price, nothing currently beats LG’s OLED panels for color and contrast (see: the LG CX OLED TV). But the Samsung Q95T 4K QLED TV sure does come close and it’s significantly cheaper than previous Samsung flagship TVs.

However, if you’re happy with your current television, but will want to upgrade in another few years – well, it could be a whole different story.